skip to main | skip to sidebar

David Guetta, "Nothing but the Beat" Music Review

The great David Guetta beats return in his newest album l, "Nothing but the Beat." His songs have made it to the top of the list when it comes to popular club hits. Along with his famous beats he is well know for featuring many popular artist as well. In this new album he has such artist as Snoop Dog, Usher and Lil Wyane. He also included some of his top singles such as Where them Girls at, Without You and Little Bad Girl. All together this makes a great album that will captivate music listeners and make it to the top o the charts. I give this album a 5/5 and I have been listening to these songs ever since the album came out. He knows how to create driving beats that will motivate any audience.
Posted by Hendrik Bilek at 8:36 AM No comments: 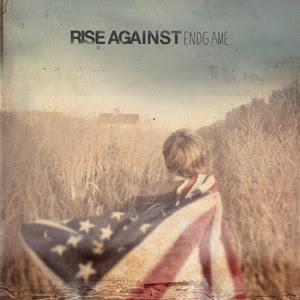 It isn't very often that an adult band focuses a song or video on a pressing youth issue. However, in their new music video "Make It Stop", rock band Rise Against did just that. While there have been an excruciating mix of rock music videos dealing with love, hate, and social anarchy, "Make It Stop" digs into new territory; teen bullying and suicide. Tim Mcilrath, lead singer and rhythm guitarist of the band, teamed up with the It Gets Better Project to make the video. The project has a goal of preventing teen suicide by letting kids know that outside of high school, things will improve for them.

"I immediately felt that if our song is the road, then the It Gets Better Project is the destination," said Mcilrath, "I hope the synergy between the two can reach people and make a difference."

The music video features three dramatized scenarios of teen bullying leading to suicide mixed in with shots of the band playing in a high school auditorium. Both facets of the production are very well done; the band shots look very cinematic and well-lit and the bullying scenarios are both powerful and disturbing.

The three teen stories depicted in "Make It Stop" mesh very well with ending theme of the video. The students have been shown getting bullied to the point where they are on the brink of suicide. When they think about their futures outside of high school, however, they put down their gun, noose, and step back from the bridge that were about to end their lives. In the last section of the video, when different webcammed teens are shown saying "Don't Worry, It Gets Better" a truly powerful message has been brought to the viewer.
Overall, the video for "Make It Stop (September's Children)" by Rise Against is both well-made and inspiring. Because of this, it receives a rating of 4/5.


To view the video on YouTube, use the following link:
http://www.youtube.com/watch?v=XP4clbHc4Xg&ob=av2e)
Posted by Brendan. at 10:17 AM No comments:

Troy Davis, 42, of Savannah Georgia, is scheduled to die tonight, September 21st, at 7:00, convicted of the 1989 murder of policeman Mark MacPhail. Davis has been on death row for 20 years, since his conviction in 1991. There is a significant number of people around the world that believe Davis's innocence; among them, John Paul II, former President Jimmy Carter, and Amnesty International. Their grounds for doubting the guilt of Davis are built on the fact that a murder weapon was never recovered, but shell casings found were linked to him. Additionally, seven of the nine witnesses who testified recanted; some claiming police coercion, some explaining that they were not entirely sure that the man they saw was Davis.

Prosecutors maintain that Davis shot Officer MacPhail in the face and chest, after MacPhail attempted to aid a homeless man who was being beaten with a handgun by Davis in a Burger King parking lot.

The issue has sparked vigils from Savannah, Georgia, all the way to Paris, and London. Supporters of Troy Davis have managed to amass 240,000 signature on boxfuls of petitions, and continue to protest outside of the prison where Davis is being held. However, as 7:00 inches closer, it is starting to seem as though Davis's legal options have run out.

-MSNBC.com
Posted by Nathan at 6:41 PM No comments: